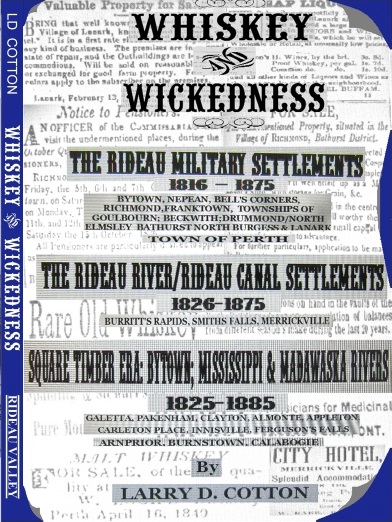 The War of 1812 which pitted the new republic of the United States of America against Great Britain was fought primarily on the soil of Upper Canada.

This conflict clearly demonstrated the strategic weakness of a single line of military communication along the St. Lawrence River, Lake Ontario and Lake Erie between Montreal, Kingston, York (Toronto) and Niagara.

The Americans gained control of the waterways and attacked where they chose. The majority of settlers in Upper Canada during the War were recent immigrants from the United States and some had sympathies with the American invaders. The British Government devised a defensive strategy to counter this weakness – establish a secondary line of communication back from the American frontier along the Rideau River linking the Ottawa River with Lake Ontario, supported by a loyal population. 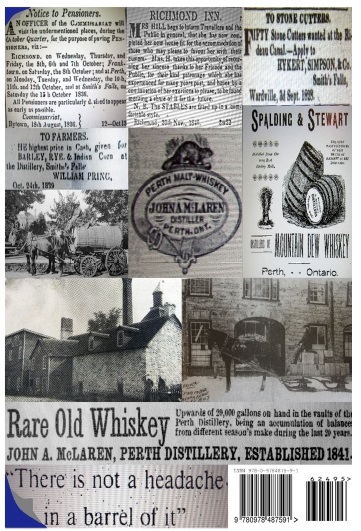 A loyal population could be found among the thousands of soldiers being discharged from service after the Napoleonic Wars.

Their economic prospects in Great Britain were dismal.

The Crown wanted to reward them for their loyal service in some way. If disbanded military units were settled with their officers in the wilderness north of the Rideau River, they would form a trained and experience body of militiamen able to assist in the defense of the colony, if the Americans ever invaded again.

Thus the “Rideau Military Settlements” and the Rideau Canal project were born. The Town of Perth in Lanark County Ontario celebrates the 200th Anniversary of its founding in 1816 as the first “Military Settlement” in Ontario. In 1818, the Town of Richmond and Village of Franktown follow. Added to the disbanded soldiers were civilian immigrants from Scotland, whose passage was assisted to the Perth area beginning in 1815.

The Town of Perth and the surrounding Township of Drummond, North Burgess, Bathurst, North Elmley, Lanark and Beckwith were initially chosen for military and civilian settlement and placed under military administration between 1815 and 1827.

But what about the Whiskey?

Theme by Anders Noren — Up ↑